Wagga Wagga, the largest inner-state city in New South Wales. You’d never know it though. It’s built out, and not up. There’s a main street with a shopping mall, some other little shops dispersed, and farm land. Coming in on the plane, it was just a vast landscape.

It was odd on both my flights down southwest, Bris -> Syd -> Wagga, firstly I never showed ID once. Not when going through security, and not when boarding the plane. Okay, thanks for that. Apparently they recently did away with showing ID when flying domestically. I guess anyone can board any plane using someone else’s ticket.

I’m finding lots of things slow and inefficient – day to day things at work, people taking my food order, the shuffle on and off the bus during my morning commute. But then I’m surprised by others. Like how quickly they board the plane, without necessarily having people stampede the doors. It’s take off, a free snack, free booze, land – all on a 40 minute flight. Okay, thanks for that for realsie. They’re even overly apologetic if they don’t leave on time. For a second there I thought I might score something free out of it. I constantly remind myself, appreciate it for what it is, not what it’s not. Thanks for that Bruce.

If you’re wondering what would constitute Wagga Wagga as a city as opposed to the small town that one would think, it’s the mere fact that it has a cathedral. Cities have cathedrals, towns don’t. As I met people walking around the vast campus of Charles Sturt University, people who have come from the States and big cities like Sydney, I question to myself “how could you live here?” But then again, there are many places in the States you would ask yourself the same question. At least my accent gets me brownie points in most situations. Okay, thanks for that.

Another score, a wild kangaroo hopping through the bush on the outskirts of the campus. While killing time me and the regional manager sat in a decrepit bus stop checking our email. The good news, flying at the change of a month means a new in-flight magazine on my return. Okay, thanks for that. There’s nothing I love more than in-flight magazines. And I’m dead serious. 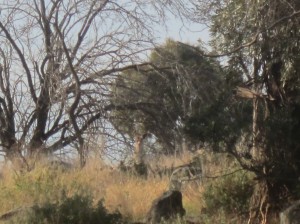 My first commute to work after moving into my new flat in New Farm was unsuccessful. I missed the train by a mere 30 seconds, couldn’t identify the bus stopped, and walked the 30 minutes through the city to Milton. Oh well, I think I’ve got it down now. There’s no monthly transport passes which sucks because it’s about $130 a month when you just add the M-F work commute, at least you get free transfers between multiple types of transportation within two hours. You touch on and off, kind of like London. And, the bus drivers will actually stop and re-open the doors even if they were about to leave. Okay, thanks for that.

Here’s a fun fact. There are no pennies. Yet! Items have cents associated with them. So what they do? If it’s under two cents they round down to zero, if it’s above three cents they round up to five.

Work is a tough adjustment. I miss my work fam. Things are backwards as expected. There’s a lot in the works, and I’m excited to make stuff happen. I just hope they do. Luckily, next work trip is to New Zealand at the end of the month! Okay, thanks for that!

Over the weekend I got to spend time with the new roomies. Some drinkies at home, apparently the delicious German beer is the cheap stuff at the liquor store. Okay, thanks for that! After a few at home with the two new flat mates and another friend, we headed out to some of their local hotspots, before a hissy fit between the two of them ruined a bit of the evening. Seriously? Dramas already! Oh, right, it’s funny because people say “let me know if you have any dramas” or “don’t worry, no dramas” in place of saying things like having a problem, or trouble. I think it’s hilarious. So back to the dramas, one roomie is moving out and the evening was kind of a bust. Bummer, but I look forward to scouting someone out who may become a new friend and housemate as a result. 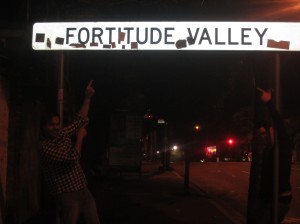 I live a spit from the Powerhouse. It’s an abandoned power station that was converted by the city to a community center. Weekly there is free music, comedy, art and theatre. It sits right on the river and on the edge of a park. Sunday I went with the flat mates to listen to some local music acts, drink wine in the park, and then laugh along to some comedy. It was an excellent evening.

This morning as I got ready for work for a strange reason I thought about David from CVS. I wonder if he knows I’m gone. At least I can shop for personal items in peace over here. I also thought of Johnny while jamming out to old-school Killers during my run this evening, down the Brisbane River, looking across the Story Bridge, and thought that I can’t wait until I go out and jam along somewhere around here.

It’s a long weekend this weekend. So while you all enjoyed your sun tans and bbq’s over Memorial Day weekend, I’ll either be hopping down to Sydney to enjoy the Queen’s birthday, or exploring more of New Farm.  Not rubbing it in, and don’t get me wrong, I would have loved to be having swimming races in a pool in LBI, while riding my bike at all the wrong hours, and then soaking in the rays in the heat. But in the meantime, I’m thankful winter is a mere 70 degrees during the day, my windows are open this evening, and I just ate a delicious home cooked meal by flat mate. Tomorrow, we’ll be going to karaoke at the local, apparently.

Okay, thanks for all your love!

One thought on “Okay, thanks for that!”