I’m slowly growing warmer and warmer. The joints in my lower back are aching and then, achu! No! Not another sneeze. Cough. Oh no I didn’t!

It’s the evening before departing for a four day bender at musical festival extraordinaire, Splendour in the Grass, and I’m down with the flu. Unforeseen, but then again, the same thing happened to me last year. A full day of rest has me hoping it will blow over and then around 8:30 pm I get the call, “we’re here!” It’s time to head south to Byron.

Splendour in Byron Bay means the luxury of five adults squeezed into a 1 bedroom apartment costing us each 400 bucks a pop. But what I would pay for warm showers and cold beer. About a kilometer walk in one direction is the festival grounds, and in the other the sanctuary of town – where coffee and warm breakfast await alongside the ocean.

With our phones synchronized to monitor the weather as if the apocalypse would come and cancel the event, we were all smiles as 4 days of yellow suns appeared on our iPhones and Blackberry’s smiling back at us. In a rush to devour the must have Hare Krishna feast of Govinda’s, it was quite a shock as the skies darkened outside the food tent and it slowly began to drizzle. Panic set in as our flouro attire and stylish kicks were worn without fear of disaster.

Fork in mouth, I continued to devour my kofta balls observing festival goers embrace the rain and newly acquired mud. The festival now deamed Splendour in the Mud. The gum boot stand apparently sold out of rain boots and people were lining up for ponchos. The kofta balls came to an end and we contemplated heading over to another Splendour staple, the Moroccan Wine Bar, and just then, the apocalypse we never saw coming came. Hail! Mother of all hail, big hail, little hail, fast hail and slow hail. What looked fun at first, looked like it would hurt as it kept coming down.  And then moments later the skies cleared, the sun came out, and we moved on. Did that just happen?

Aside from the mud, my favorite part of Splendour is two things: music and food. Let’s start with the food.  Apart from Govinda’s, duh,  there were  scrumptious corn fritters topped with meat balls, and deep fried crab rolls with cream cheese with sweet soy drizzled on top, and noodles covered in satay. Whew, and I wish I got to try to more.

And then there’s the music. I was a bit upset at first, comparing the set up of Splendour 2012 at Byron Bay to my experience last year where the event was hosted in the Sunshine Coast hinterlands of Woodford. I was expecting an amphitheatre, and outdoor space, and places to chill. I also wanted the plethora of toilets that didn’t seem to be present here. But once all the anxiety settled and I appreciated what was at hand everything worked out.

The attraction of Splendour, with headliners like The Shins and the Smashing Pumpkins is incentive enough, but my personal appreciation for the event is getting acclimated with Australian bands I know I would never come across in the States. Two piece band of awesomeness Big Scary, Brisbane firecracker’s Ball Park Music, San Cisco, Tame Impala, Last Dinosaurs, Jinja Safari and more! 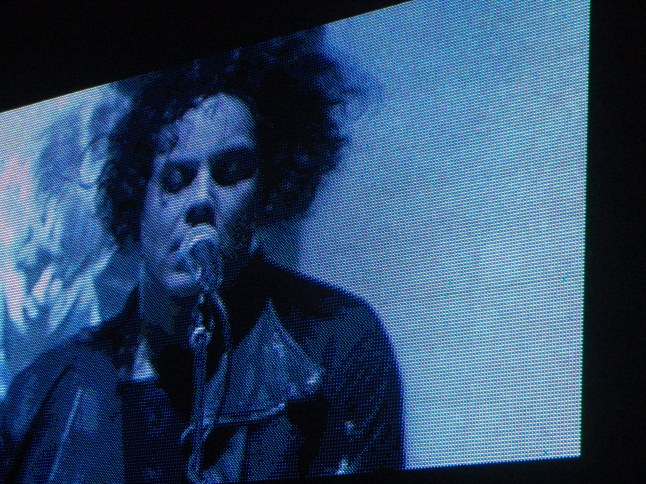 Until next year, thank you Splendour!

One thought on “Never Say Never: Splendour In The Grass 2012”

#Amsterdam is scenic and stellar... to celebrate our 2 year anniversary we escaped the tourists and enjoyed exploring the local neighbourhood of #depijp - narrowly escaped getting run over by a bike too many times to count, drank delicious beers and aimlessly wandered the canals till our feet were sore. My 5th time here but it was as if it was my first there was so much to take in #exploreamsterdam
The #southoffrance in October is a perfect escape from the English rain. It was lovely to explore #aixenprovence with my childhood friend @renneyney #winetasting 🍷, eating cheese 🧀 and soaking up the rays ☀️ in #provence . Plus our hotel @hotelaquabellaaix was gorgeous!
#neworleans never disappoints. A blissful time of food, live music and booze, booze and booze. Till next time... #nola #jazz #gumbo #bourbonstreet #frenchmanstreet
%d bloggers like this: