I’ve always been envious of those who have literally traveled around the world. You too likely know someone daring who’s done it. They buy a ‘round the world’ ticket that entitles them to travel to a pre-specified number of continents, then a specific city on each continent, to be used in one direction over a maximum length of time. This type of ticket offers freedom to those people who have time at a very affordable cost. The benefits to an independent traveler mean that they can ‘generally’ stay for as long as they like, move on when ready, and can decide when and how to make the most of their destinations.

Last month I circumvented the globe. I can assume this counts too, but it wasn’t your typical trip or initially intended to be as such. I reclaimed my old haunts while in London, sipped wine in Paris, explored architecture in Oxford before a 12 hour stint in NYC to grab a pint and a snuggle with old friends. I moved on to Charlotte to celebrate my sisters wedding then relaxed on the beaches outside of Charleston before an afternoon of fine dining over lunch with the ladies back in Manhattan. My long hauls took me from Melbourne to London (via Dubai) to New York then back to Melbourne (via LA) and alas, global circumference.

Sitting on multiple planes (for an entire day at times) during this 3 week whirlwind of a holiday sure gave me a lot of time to think. Here are my 5 biggest reflections while circumventing the globe: 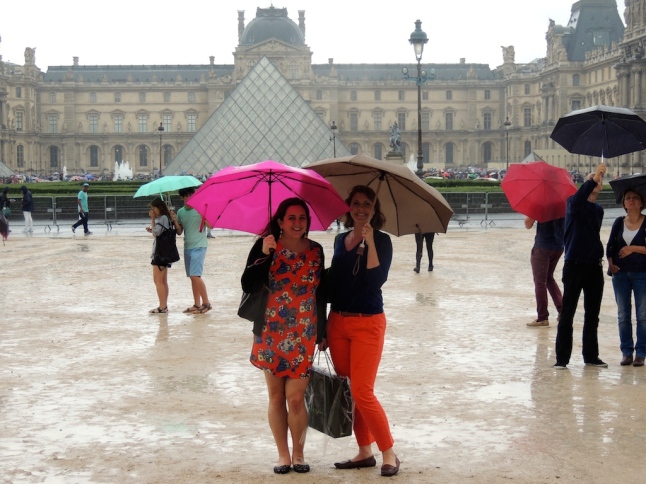 Catching up with an old friend in the rain outside the Louvre, Paris.