With Prague being one of the top beer destinations in Europe, one doesn’t need to go too far within the city walls to taste a beautiful pint of Pilsner. However, as it boasts more and more tourists each year, what can be difficult to find is a decent drinking hole that only locals know about.

There are countless beer and food tours in Prague, ranging from cheap pub crawls to multi-sensory foodie experiences. When I surprised my two friends with a trip to the “city of a hundred spires”, I wanted the right balance of beer education, delicious food and of course, some fun. Luckily, I stumbled upon Eating Prague Tours, Craft Beer and Food Tasting Tour (previously Brews with Views), and never looked back.

I had done my research before we set off, and was pleasantly surprised to visit a number of places I had already earmarked on my list. Without this tour though, I likely wouldn’t have visited them all simply because we might have deemed them ‘too far’ out of our way or sidetracked doing something else. Most importantly, we would have missed out on all the fascinating education we experienced being led around by our local, Jan!

Our meeting point was at 2:30 on Loď Pivovar. I had heard a lot about this craft brewery that’s literally situated on a boat, tanks and all! It’s an awesome place to spend the afternoon looking out onto the river, where the 3 of us enjoyed their standard 3 beers all varying in degrees (Legie 10 degrees, Republika 12 degrees, and Monarchie 13 degrees), the dark one (Monarchie) the most memorable with coffee and chocolate undertones. Rumor has it that the brewer was previously employed at the famous tourist spot U Fleku, was let go after years of loyalty, so stole the recipe for their famous dark beer and brought it over, and it tastes worlds better. But that just may be a tall tale. 😉 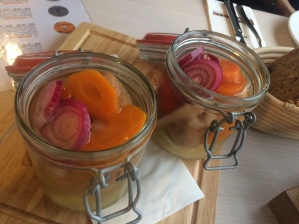 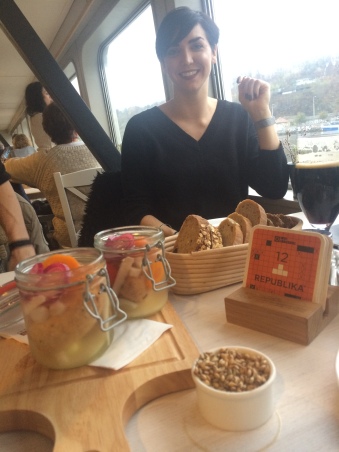 No tasting would be completed without a food pairing and the roasted barley served hot with butter and salt was the perfect beer snack. Goodbye popcorn and peanuts, hello barley. Secondly, we read a bit about pickled fish and cheese in advance, so when a jar with clear liquid, some vegetables and two big brown blobs were presented we weren’t quite sold initially yet were intrigued. But after trying one bite of the previously battered and fried pickled fish cake (meatballs) I was a convert. I would go back for more right now it was so darn delicious.

We spent the first hour or so getting to know Jan and the basics of the Czech beer world. The rise of craft beer is so steady that Jan claims that 1 new craft brewery opens a week in the Czech Republic, adding to the already 370 craft brewers in the country. This a warm welcome to contradict some of the big-name players likes Staropramen, who Jan depicts as officially the worst beer in the country, as they replaced yeast with syrup when they began to mass produce under Anheuser-Busch. 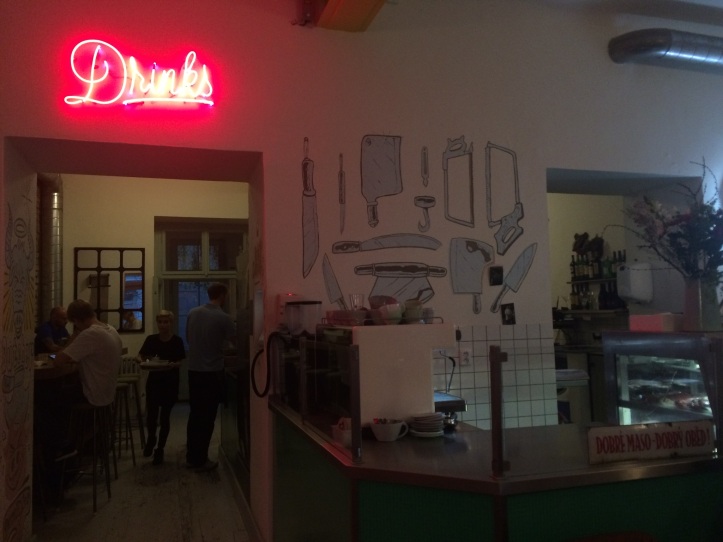 We were then taken to a more residential area where we stopped off at Maso A Kobliha, the home to a well-known British butcher to taste his Scotch eggs accompanied with an American Pale Ale, Matuška Apollo Galaxy, a brewery in Broumy, Czech Republic. This cute spot off the beaten path is a great place to also stop for brunch or a coffee, and are also specifically known for their donuts. It was here that I learned about three distinct tastes in beer and how they vary based on origin. For example, Czech and German beer favor malt, US and British beers favor hops, and Belgian beers favor yeast. Think about it and have a big long sip, and it’s evident!

Scotch eggs from Maso A Kobliha

Another one on my list was T-Anker, known for its great views over Old Town Prague, and its collaboration with the oldest brewery in the world, Brenvov. We each told Jan what style we preferred, Penny was sticking with dark, Sophie was going for sweet, and I was keen for a Permon Winter Ale. We had a long chat at that point about what it was like to brew under communism, and Jan shared some personal stories too about growing up in the 80s when they brewed under (and still do) decoction mash, something every super beer connoisseur should know, which means the process is not automated and water or heat isn’t added to the Mash Tun. The results are proven to be more flavorful.

Our next stop off was to the celebrated Naše maso butchers for a world-famous hot dog accompanied with handmade ketchup and mustard. As Sophie is a vegetarian, we also popped across to Sister’s, a cheap and cute bistro serving the classic open-face sandwiches (herring all the way!), both places of which were on my list! As we walked, ate and talked we were advised that white Czech wine was safe to drink and reasonably good, but watch out for the red, which is known to be so bad it is usually mixed with coke.

On our way to what was officially our last stop on the tour, Jan popped into family-run Perníčkův sen (The Gingerbread man’s dream), to give us a personalized Prague Food Tour gingerbread cookie to celebrate the traditional food craft of the region, which I had no regrets of devouring on my way home in the early hours after a day full of pints.

We finished off at Beer Story, also known as PIPA, which was one of my favorite stops full of Czech and global beers. Jan led us through the history of Czech brewing, trying everything from wheat beer, to Bernard Dark, to pilsner, and Trautenberk APA, each served out of teeny tiny beer mugs. We definitely overstayed our tour allotment but Jan being the friendly and caring guide that he was continued to pour and pour till it just got too late. Before wishing us well he introduced us to Bonvivant cocktail bar, set to the tone of a 1920’s New York speakeasy, where young Michael took care of us until the early hours, providing great service and way too much absinthe.

For anyone in Prague interested in learning more about the huge influence beer has had in Prague, and the Czech Republic as a whole, I highly recommend Prague Food Tours and our guide Jan!

Nostravi, cheers to your health! 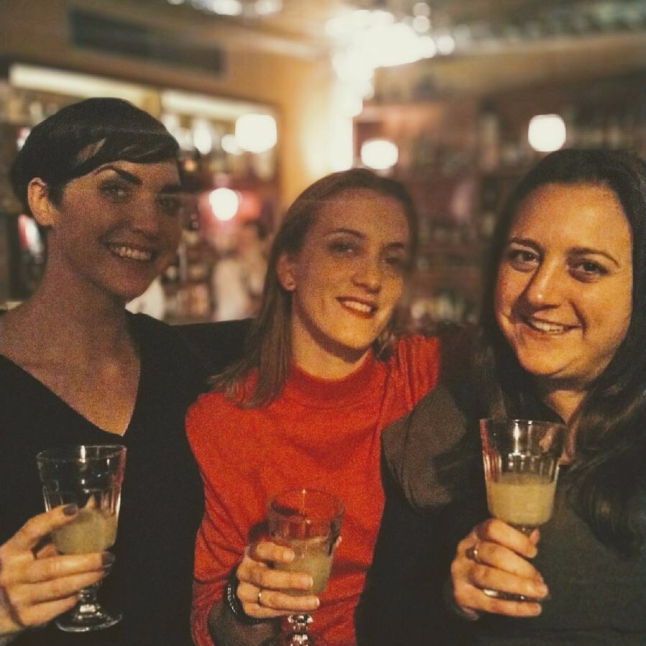 Nostravi, cheers to your health!