Nice, the 5th largest city in France, is a real city. What I mean by that is, it’s got more substance than just a beautiful coastline. Upmarket hotels like the historically famous 5-star La Negresco offer exquisite seaside views, yet the gritty streets of Old Town showcase it’s multi-century Italian past. Even better, the Nicois (those from Nice, not just a yummy tuna salad, so I’ve recently learned) get sun more or less year round.

My first time to Nice on the Cote d’Azure in the south of France was as a study abroad student at 19. I hadn’t really ever considered that I had a need to return to the sunny paradise, simply because I’d already been before. What a stupid way to look at travel.

In actuality what do I remember of that time? Mere glimpses of a whirlwind month of backpacking on the Eurorail across Europe. My Aussie friend Hannah had a similar experience during her gap-year at 18, spending one month learning a foreign language on the French Riviera. Looking back we were both nostalgic and recognised that we were two pretty darn lucky teenagers.

So when I found flights for a measly £50 for mid-October and discovered that the temperature was a drooling 77F (25C), I thought what could be greater than to have a tour down memory lane. In fact, revisiting Nice over 15 years later was like a whole new world. 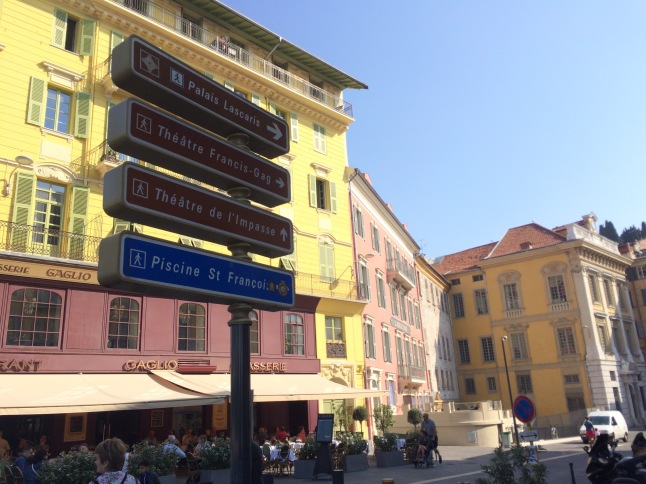 Been there, done that is now a thing of the past. It’s all about revisiting as an adult where my priorities are a bit shifted away from late night raves (well…) and more focused on degustations and fine wine.

Hannah and I have successfully travelled to France previously, to sip wine in Bordeaux a few months back, and therefore knew our priorities (see above re food and wine) are aligned. Our new tradition is to make our first night of arrival chilled out, and all about gluttony. 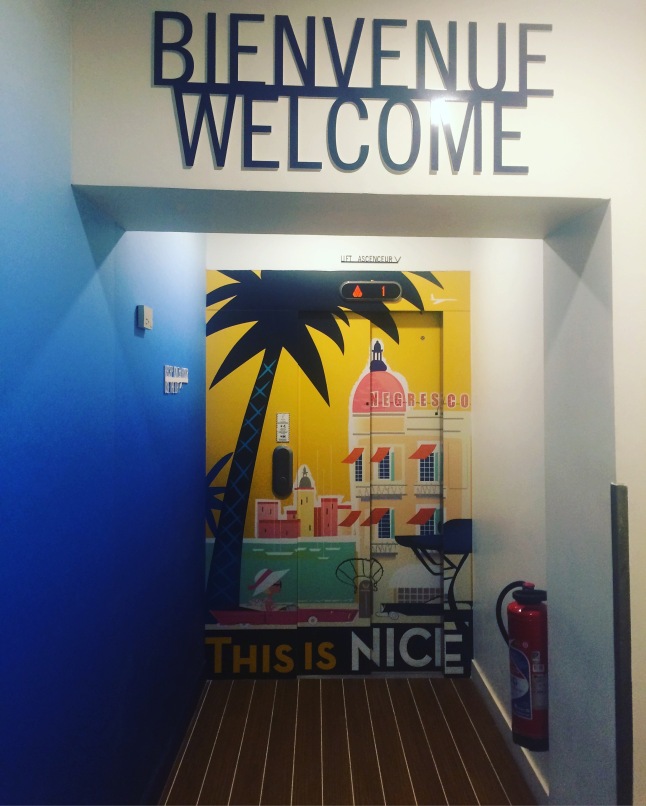 We arrived around 5pm after a midday flight, checked ourselves into ultra-chic and nautical themed The Deck Hotel located a block from the beach, and set ourselves on the prize of prosecco to celebrate our weekend escape. I accidentally spotted the rooftop bar on Hotel Aston La Scala while discovering the gardens of Promenade du Paillon, and our pre-dinner aperitif location was instantly sorted. Planespotting, live music and sunset views over both the sea and Old Town included. 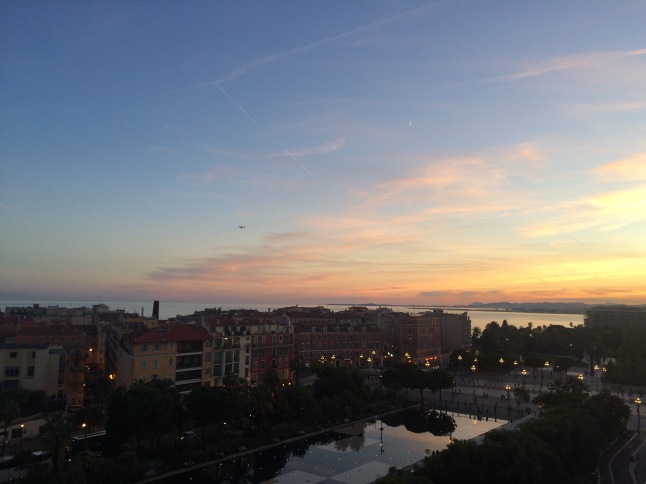 We had booked ourselves for dinner at Les Agitateurs, which resulted in a lot of oohs and ahhs. Our menu came hidden in a brown envelope which we unwrapped to unveil an exquisite 5-course tasting menu, all in French of course, for an affordable 39 Euro. It was an obvious yes, even though we weren’t necessarily clear on what specifically we said yes to. 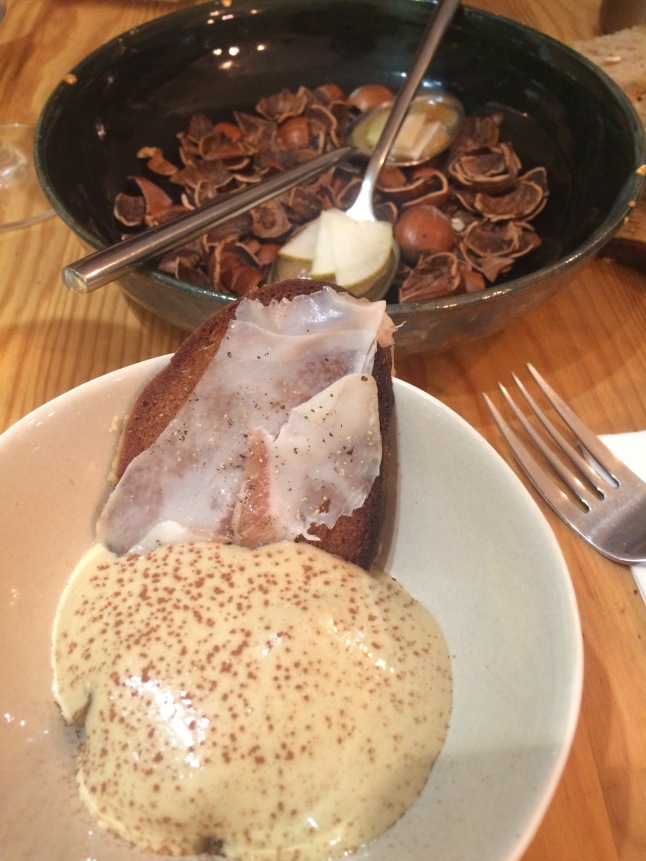 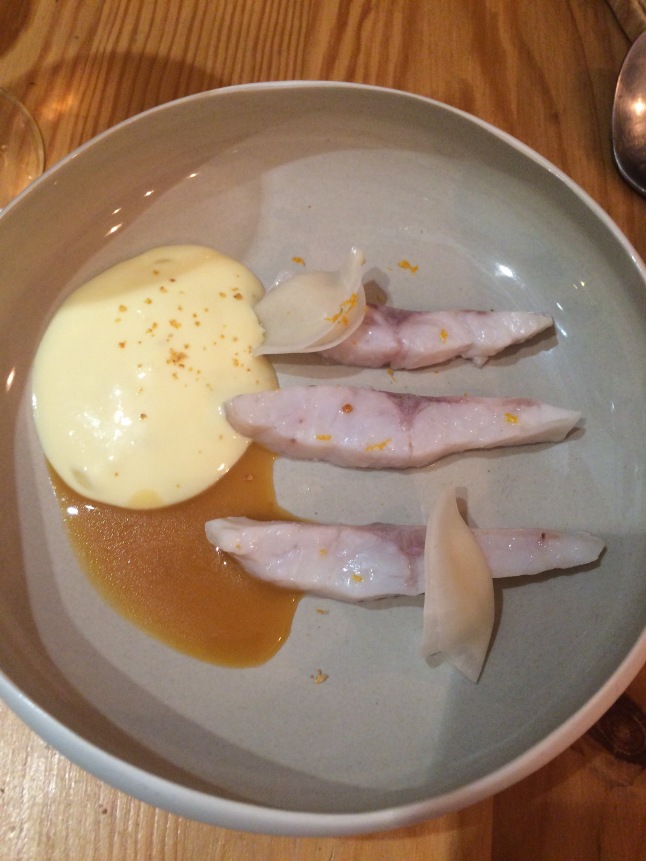 We woke Saturday morning to sunshine, warmth and a need for the sea. The promenade lining the seafront is inundated with seafront restaurants with deck chairs for hire. As our hotel concierge explained, they are more or less all the same – bar the one he likely gets his kickback from – plus not all are open being the offseason, so we took his recommendation and popped less than a 2-minute walk from our hotel to Ruhl Plage.

Rose on the beach

For a hefty 27 Euro each we got a sunbed, towel and umbrella for the whole day. And it was worth it!

The food and drink were overpriced so after treating ourselves to a bottle of rosé, we popped out to try what was described in a local blog as ‘the best fish in Nice’. Michelin Guide recommended, adorably trendy decor, fantastic service, generous sharing portions and mouthwatering ceviche, Peixes was hands down impressive.

The good news was, our lounge chairs were left waiting when we returned nice and full. Back to the rocky beach of Ruhl Plage to absorb the last of the day’s sun before freshening up for our next French delicacy.

We purposely didn’t reserve anywhere for Saturday night as we wanted to play it by ear. However, this wasn’t my first rodeo and as expected we had difficulty finding a decent spot initially. Despite having done our research, many of the more traditional places we had hoped to dine at didn’t take reservations and were surprisingly closed on Saturday.

Luckily, we stumbled on Lou Pilha Leva (famous for moules) which was on the top of our list, to try the local delicacy of socca. Similar to a crepe, it’s a traditional street food often enjoyed as a snack with a glass of rosé. Good news, because we like both those things. The way it works there is simple, you queue up, place your order for a very, very cheap price, and as politely as the French would, elbow your way into one of the long picnic benches on the pavement to enjoy.

After a few aperitifs, we finally found the gem we didn’t know we were looking for. Le Petit Lascaris, an authentic and local bistro with a regularly changing menu. We were instantly sold on the alfresco dining alone. But, uhum, does the menu say roasted qual asshole (see pic below)? Luckily the translation was off we later found out after befriending too American girls sitting next to us whose French was beyond this world impressive. We had major linguistic envy, swapped travel stories and even got in with the local bartenders at their sister bar next door, Coco Vin, a fantastic little wine bar to finish with an after dinner drink. 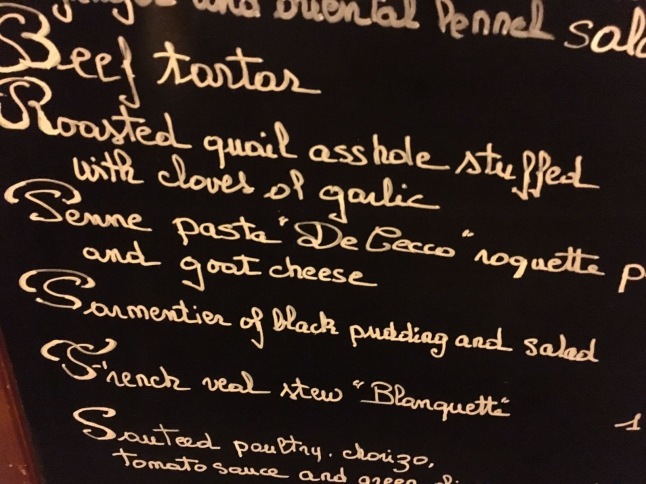 A popular thing to do while in Nice is the Cours Saleya market which is on daily, a great place for produce, a renowned flower market and souvenirs. Just around the corner is Cafe Marche, on the top list of brunch spots. We had our heart set on this farm to table setting but didn’t realise there too, you had to book ahead, as otherwise you will be greeted with a curt ‘no’. In fact, she said ‘it’s just so hard’ being that popular and when asked if she could recommend anywhere else she said she’d ‘rather not’. Fine, we had Italian in the Old Town. Also fine.

We missed the one thing to do, a hike to the castle for a magnificent view over Old Town and the sea but that’s okay. For a short mini-break, I’ll forgive myself for all the wine and sun in exchange.

Nice, it truly is for everyone and a perfect short city break. It’s for those seeking a vibrant artistic hub or the elite who fly from all over the world for high profile events such as the Grand Prix or the Cannes Film Festival. There’s so much going on, plus miles of rocky coastline I wish I had more time to come back and explore the mountains and seaside villages outside of the city.